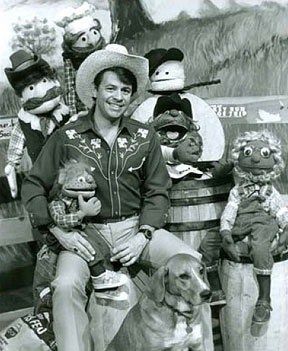 ORIGINALLY POSTED BY The Shadow

Don't give me that Gif! I just calls em like I sees em!

Man of the hour: OTA’s a start at Trubisky taking control of Bears

This time last year, Mike Glennon was the toast of Chicago. The man everyone at Halas Hall believed in. Okay, that’s not true. But the Bears sure acted like they believed in Glennon as their quarterback, for as much as everyone else wasn’t convinced. Everyone else was rightfully, frustratingly focused on Mitchell Trubisky taking the mantel, a decision that took much longer than it should have.

If all goes according to plan, the blip of drama concerning Trubisky and Glennon in the 2017 off-season is wiped from memory. Nobody remembers that the Bears anointed the ineffective Glennon over Trubisky if Trubisky pans out. The fact of the matter is, no one remembers that Glennon kept Trubisky sidelined, even if the young quarterback doesn’t live up to snuff.

What a difference a year can make.

Going into his second season as a starter with limitless pressure on him to shine, Trubisky enters 2018 as the unquestioned face of the Bears’ franchise for the first time. Unlike with Glennon, the Bears have pushed very remaining chip they have on Trubisky becoming a superstar and the type of quarterback that can make them contenders. There are no developmental stars in the pipeline. Chicago isn’t drafting a quarterback any time soon. This is it. It’s Trubisky or bust: the way it should be in an organizational hierarchy.

This is fresh territory at the NFL level for Trubisky, but not something he isn’t wholly unaccustomed to. After all, it took two years for Trubisky to eventually start in college at North Carolina. That was part of the reason some had concerns about drafting him due to a limited sample size of 13 starts in college.

Now famously, Tar Heels head coach kept Trubisky benched in favor of the effective Marqise Williams. Every now and then, Trubisky would get to shine in relief, but he was never offered the full opportunity to take the helm. No one could have predicted the quarterback throwing 30 touchdowns to just six interceptions in his first year as a college starter. That includes Fedora, who defended his decision saying that “no one knew he was gonna blow up like he did.”

In many ways, perhaps this was the ideal for Trubisky. Gestating in college allowed him to self-motivate. To use his detractors’ criticisms as fuel to get better. To be prepared for the moment, much like his much shorter but similar experience with the Bears. Yes, Williams did play better than the objective failure of Glennon’s short-lived tenure, but the similarities remain. Trubisky had to wait. And he never showed signs of incessant impatience.

As the Bears toyed with an inept Glennon that generally struggled to move the ball in the 2017 preseason, and had 10 turnovers in four September games: you never heard a complaint from Trubisky. Just professionalism and support for the man in front.

“I think it’s more of how I can make myself better each day, how I can be the best version of me and how I can make the people around me better,” Trubisky said once he began to receive first team starting reps last August. “That’s one of the things I can control and I’m just focused on what I can control: my effort, my attitude.”

This was a young quarterback that wasn’t going to count his chickens (or Bears) before they hatch. The past had taught him this patience. Trubisky bid his time and polished his craft, as cliche as it sounds.

Moving forward, and with ironically 12 pro starts under his belt (to those 13 in college) Trubisky doesn’t have to stay quiet. The Bears under general manager Ryan Pace and head coach Matt Nagy have done everything in their power to give their quarterback the largest soapbox possible. They want Trubisky to take control. They want him to be in complete command of not only their offense, but the Bears’ organization from top to bottom.

What it boils down to for Chicago is that the only people the second-year prized quarterback answers to is Pace and Nagy themselves. And even then, they won’t micromanage. That’s not the theme of this 2018 off-season. That’s not what they desire for their hopeful franchise quarterback. The wheel is Trubisky’s to grapple with and grapple alone with a surrounding foundation. The way the Bears have operated, they believe he can handle it.

With organized team activities starting this week, this ship is Trubisky’s alone to steer. He has the full backing of the franchise. Now he just has to make good on the Bears’ faith in him. Given his past experiences, something says he’s ready to light it up in this initial shot, mirroring his time at Chapel Hill.

It's encouraging to see that Biscuit didn't fumble opening any of those bottles. 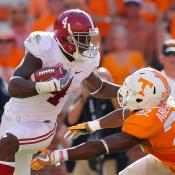 Biscuit should feel like" a kid in a candy store" with what Pace and coaches have provided him this offseason.

The only thing that looks like it hasn't been provided is an upgrade at a OT spot.

exacly! which was my biggest worry this far. hopefully he new line coach can do something with this group. still makes me scratch my head why most teams havent figured out why teams like NE are so special and perennial contenders...

The interior line will be much improved over last year and they will get Biscuit out on the edge on roll outs and such.  The OT situation will look better because with the running game will have more punch.