POST COUNT: 11523
The real Heart and Soul of the Bears Lockerroom gets award
0

Bears long-time head equipment manager Tony Medlin on Thursday was honored with The Salvation Army's prestigious Others Award at its Annual Civic Luncheon.

Medlin was presented with the award in appreciation of his 33 years of service leading the Chicago Bears Coat Drive, a joint venture between the Bears, Jewel-Osco and The Salvation Army.

"The Salvation Army partnership means so much to me, knowing the organization helps the less fortunate and gives people a chance to have a true outlet of giving," Medlin said. "The Bears are a giving organization, and I feel very fortunate to be a part of that and the values of helping people." 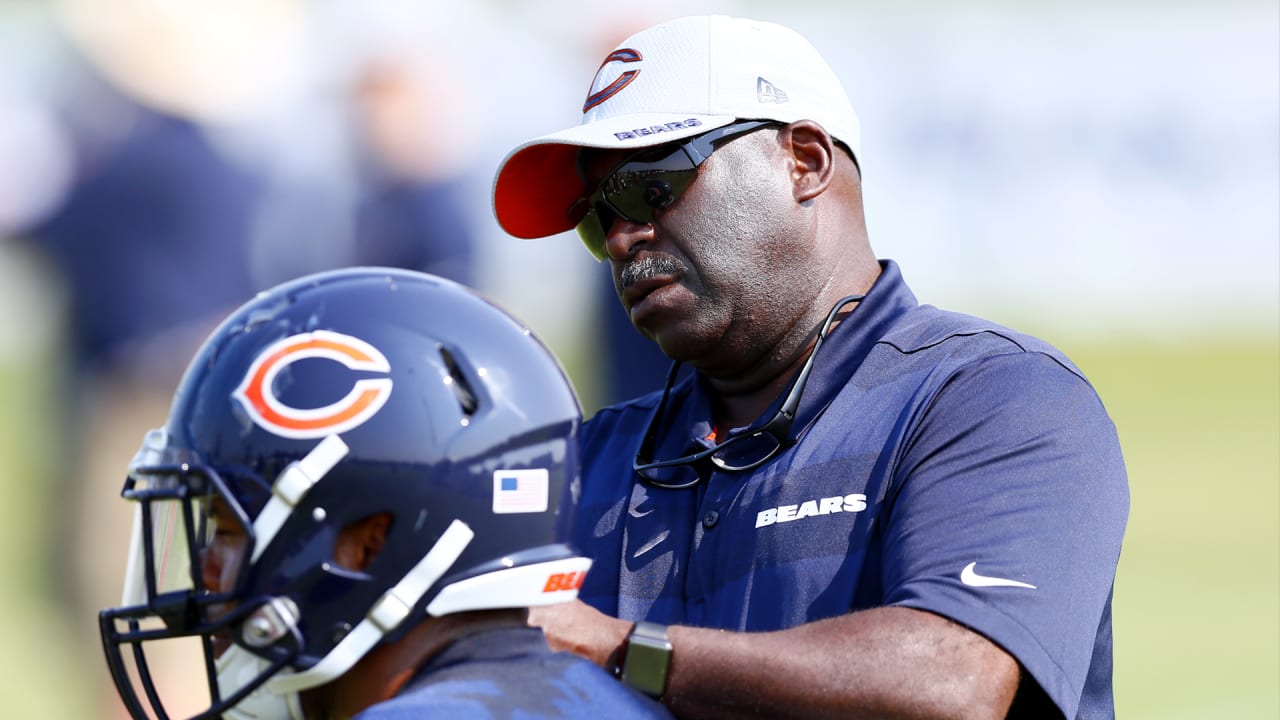 Medlin was hired by the Bears in 1987 and has been head equipment manager since 1997. The coat drive was started by Gary Haeger, Medlin's predecessor, and the equipment department in 1989. After replacing Haeger in 1997, Medlin was determined to continue the initiative. Every year, tens of thousands of new or gently-used coats are donated and then distributed to those in need throughout the Chicago area.

"First of all, I'm honored," Medlin said. "It really means a lot to me because any chance you get to help someone, that's the most pleasant part about doing this. But it really isn't about me. It's about the opportunity to help people. I always say anybody can help somebody, no matter what it is."

Medlin, who could not attend Thursday's luncheon in person, addressed the audience of 700 via video. The award was accepted on his behalf by Bears vice president Patrick McCaskey.

"I'm a low-key guy," Medlin said in the video. "I'm not into the glory, but for a great cause, this is very special to me, and I'm very excited about being honored."

"We are grateful for Tony's leadership of this critical program that keeps kids warm and protected," said Lt. Colonel Lonneal Richardson, divisional commander of The Salvation Army Metropolitan Division. "His 33 years of dedication of service to others truly embodies the spirit of this award."

In his role with the Bears, Medlin is responsible for coordinating all team equipment operations including logistics, purchasing and inventory for all players, coaches and staff. He also serves as the team's liaison with the NFL's apparel providers.

Medlin has been honored as the NFL's top equipment manager twice: he received the Whitey Zimmerman Award in 2000 and was named New Era's equipment manager of the year in 2016. Medlin was inducted into the North Carolina Central University Alex M. Rivera Athletics Hall of Fame in 2006.

A revered employee, Medlin won the Virginia McCaskey Award in 2017. The prestigious honor is given to a Bears staffer who has demonstrated the characteristics and values of Mrs. McCaskey: grace, humility, loyalty and dedication. The winner also is someone who not only exceeds the highest standards of achievement, but whose work sets them apart from co-workers.

POST COUNT: 11523
Re: The real Heart and Soul of the Bears Lockerroom gets award
0

This is the real hero of this team. Without Tony the Bears would not be as good of an organization as they are. He has literally dedicated his life and career to the Bears. Been there since 1987, how many regimes has this man watched come and go? Through thick and thin he has been there.

My hats off to Tony Medlin!

I have said here many times, he does not get the credit he deserves.