3rd year Head Coach Matt Patricia still has not won 10 games. That is a head scratcher. The Lions are now the first team to blow double digit leads in  4 straight games. Lets let that sink in a minute. Patricia's Lions just cannot help themselves it seems. They have also traded away their best DB's in the last two seasons. I am not really sure why. Bringing in every ex-Patriot free agent that hits the street is also not the answer.

Detroit has single handedly wasted Mathew Stafford's career. Granted, he has more money than he can spend. His kids won't have to ever get a job, but his trophy case is empty. I feel for the guy. I really do.

I also feel for their fans. I mean, I like ribbing LionRex here, but that is just fun and games. When our own Bears suck we can always say "Well, at least we are not Lions fans". But what do Lions fans get to say after another awful start to a season. Like Eagles fans I guess, "Its only 0-2, lots of football left. No need to panic". As Lovie used to say, it is only halftime of the first quarter!

The Lions had a 14-3 lead today in Green Bay and ended up losing. For most teams, that’s a shocking loss. For the Lions, it’s par for the course.

Today’s game was the Lions’ fourth consecutive game in which they took a double-digit lead and then lost. According to the Elias Sports Bureau, the Lions are the first team in NFL history to lose four straight games in which they led by 10 or more.

Last week, the Lions had a 17-point lead heading into the fourth quarter but allowed Mitchell Trubisky and the Bears to run wild and lost the game in heartbreaking fashion with a dropped pass in the closing seconds.

In the final game of last season, the Lions jumped out to a 14-0 lead and led for most of the game but collapsed late to lose to the Packers.

In the game before that, the Lions had a 10-0 lead but ended up losing to the Broncos by 10 points.
Asked last week why his team keeps blowing leads, Lions coach Matt Patricia got testy with a reporter, and pointed out that he was the coordinator of the Patriots Defense that held onto a lead with a late interception to preserve a victory over the Seahawks in Super Bowl XLIX. No one can take that Super Bowl ring away from Patricia, but as a head coach, his team isn’t winning, even when it has a big lead.

The Detroit Lions were done in by self-inflicted issues in Monday night's 35-17 defeat to the Green Bay Packers. 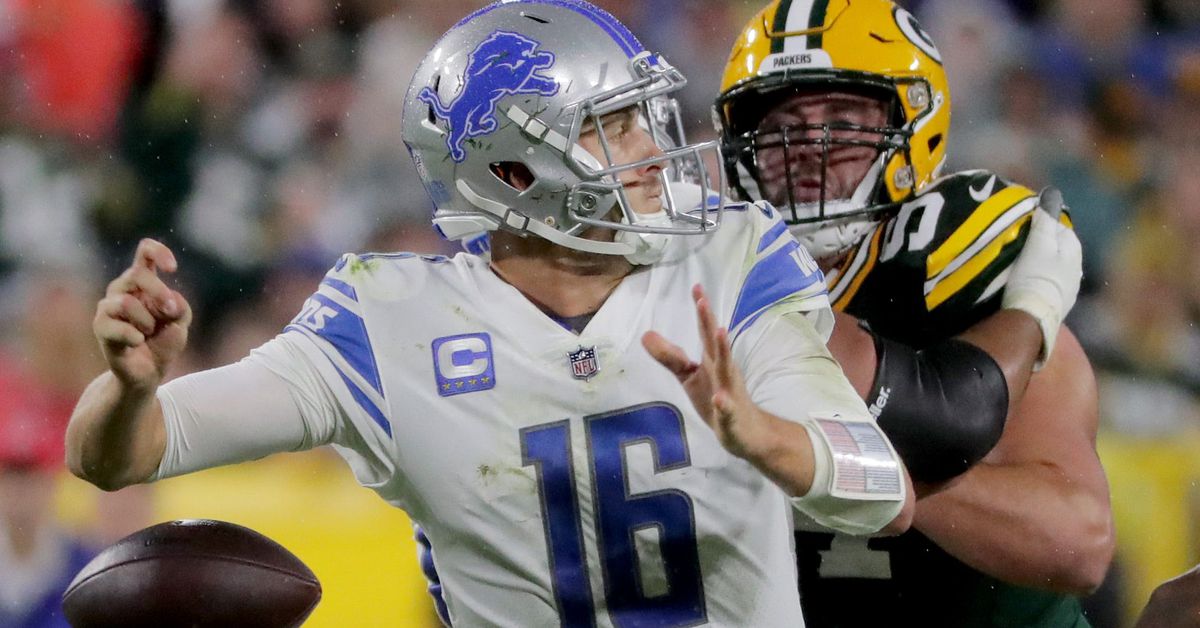 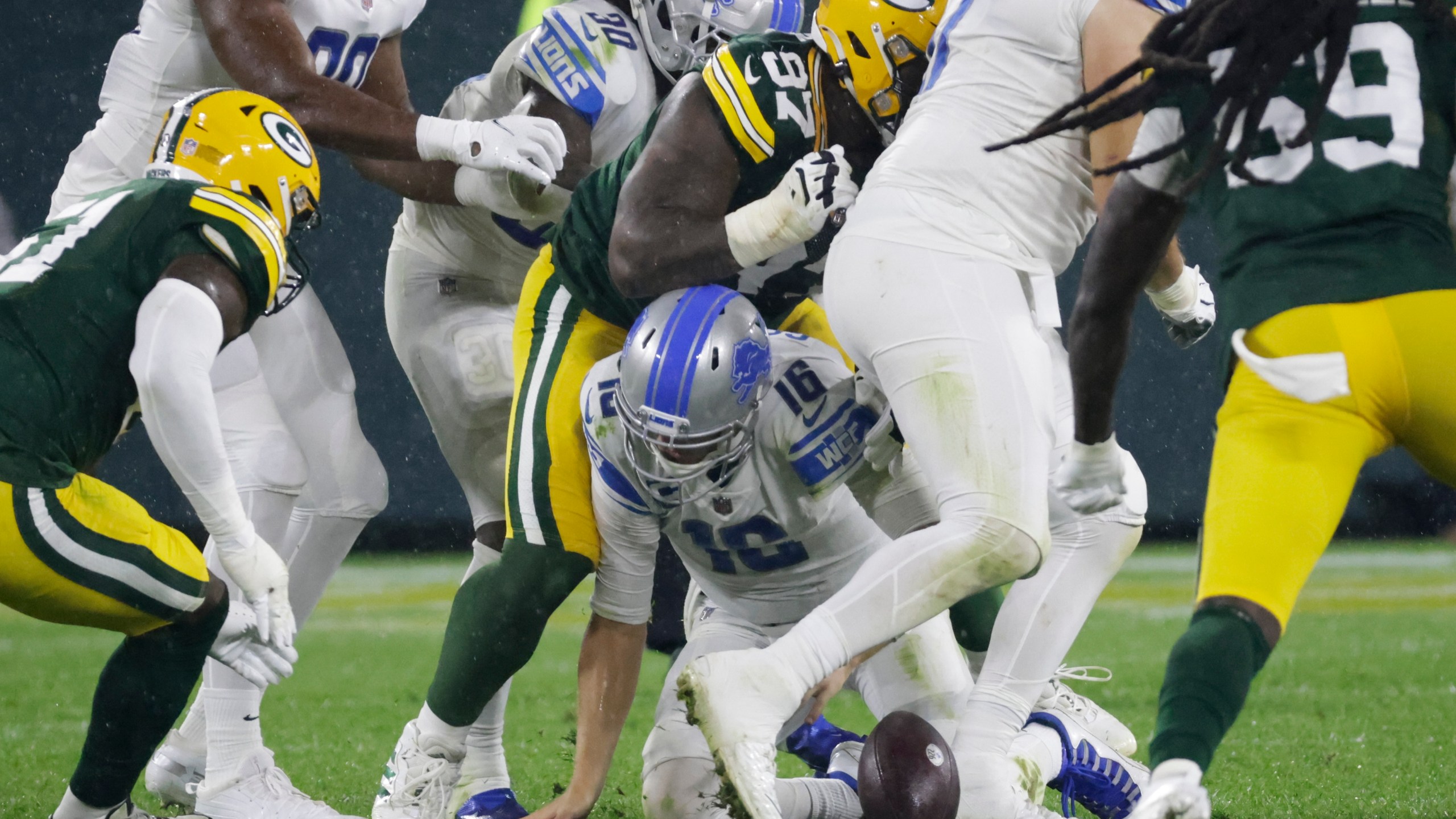 Shadow, you do know the Lions got rid of Patricia at the end of last season?

Shadow, you do know the Lions got rid of Patricia at the end of last season?

It is not unknown to me that Patricia got the ax. It is still interesting the continuing lack of success in that franchise. It does not matter who coaches that team nor who their GM is, they perennially suck. Year in and year out. Those article just point this out. The close of one season and the failure in the start in the next season is still a showcase of failure. Regardless of regime change. It just drives home the title of this thread even more. Detroit is still Detroit: a study in futility. Whenever I get down about the sad state of the Bears, I look North to the Lions and it all gets a new perspective. Bear have at least won their division in this millennia. They have made the place offs recently. They didn't waste the majority of their franchise QB career and their HoF Wide Receivers.

But yeah, I know Matt Patricia went back to NE where he can win by cheating.

I will say after watching their Packer game, I saw a much more determined team, than in years past. I think the new coaching staff has changed the attitude from Patricia's regimen.

I think the Bears/ Lions matchups will be a lot more tougher than past years.

I will say after watching their Packer game, I saw a much more determined team, than in years past. I think the new coaching staff has changed the attitude from Patricia's regimen.

I think the Bears/ Lions matchups will be a lot more tougher than past years.

Okay, I think losing Matt Stafford is going to make it harder for them to compete. Goff is highly over-rated.

We are gonna kick your snooty asses...lol...I hope

We are gonna kick your snooty asses...lol...I hope

Even with Gertrude Goff at QB you might just get lucky enough to break that losing streak against the Bears.

An 8 year old playing Madden could out coach this idiot. Nagy will gift wrap at least one win for Detroit this year.

I am beginning to understand how you feel after all these years. It is so frustrating to have the parts to be good, but the FO and Staff let you down, week after week.

Detroit fans are laughing their asses off at us after Sunday. That is how putrid that game was.

Detroit fans are laughing their asses off at us after Sunday. That is how putrid that game was.

Can't laugh too hard sitting at 0-3